Would Mozart jump out of his grave if he knew what AI is doing to the music industry? 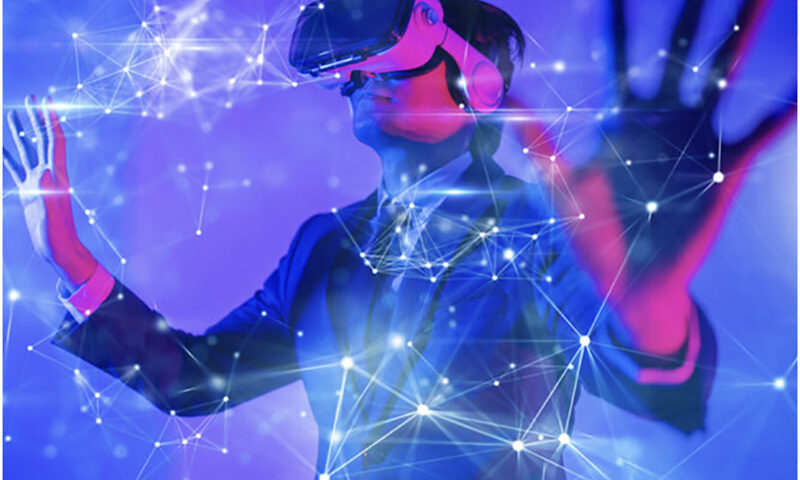 When you enter the metaverse, you can interact with objects, travel almost anywhere, and meet up with other people from all over the world. How? Well, the metaverse uses virtual reality (VR) or augmented reality (AR) technology to facilitate an experience. Right now, VR requires wearing a headset so you can see what the computer is simulating. AR is a digital overlay to the real world, meaning when you look at your camera app on your phone screen, you see a computer-generated addition to reality. The ability of the metaverse to add digital enhancements to real life activities is opening up seemingly endless possibilities for artists. Inside the metaverse, creativity blossoms free from the limitations of the real world.

What does the metaverse mean for music production, concert promoters and musicians?

In June 2021, pop super diva Ariana Grande headlined Fortnite’s Rift Tour. Fortnite is one of the most popular games of all time, and its Rift Tour was a big step for the future of concerts. During the Rift Tour, fans from all around the world logged in and experienced a “live” music atmosphere from the comfort of their homes. Ariana Grande’s performance was more than just singing, too. It was an interactive adventure within the game, and users could play along.

During the experience, gamers listened to Ariana’s hits, including “raindrops” and “7 rings.” As the concert played on, gamers were not able to fight with one another (Fortnite is a battle game.). Instead, gamers could join Grande on her high-octane, high energy, vibrant journey through space and beyond, in an experience that mixed real-life music with the Fortnite gaming world.

Fortnite is not the only game franchise interested in pursuing music in the metaverse. Minecraft hosted the biggest digital concert event “Rave Family Block Festival” with 65 stages and 950 artists in 2020 where paying guests could join the concert through their VR headset.

Rapper Travis Scott and French EDM icon Jean-Michel Jarrer have also hosted VR performances where millions of fans around the globe were able to experience the concerts via their computers, phones, and tablets.

In Korea, SK Telecom is working on providing opportunities for K-pop fans around the world to enjoy their content and productions through mixed reality. (Mixed reality is similar to AR and VR. However, it allows for digital objects to be influenced by the real world. Think of it as being able to interact with holograms in a room.)

These concerts and events attract viewership in entirely different ways than simply listening to the radio or attending a stadium tour in person. They also give artists the ability to perform more frequently and in different formats. In other words, these virtual concerts allow artists to expand their revenue streams and make greater profits.

So what does this landscape of AR, VR, and mixed reality applications mean for the music industry?

Songwriters and artists collect royalties through established platforms like ASCAP, BMI, GMR. Instead of collecting through the traditional channels (records, radio), today’s songwriters can also earn income from ringtones, music videos, streaming, social media platforms (Tiktok, Twitch), the fitness industry, and gaming. Long story short: there are many ways of distributing your music nowadays. The good ol’ record company way of selling music is almost passe. This means that songwriters now need a network “plugged into” the metaverse so they can distribute their music there. Instead of a team of traditional managers, artists/songwriters need a team of experts who are highly in tune with social media, technology, and have a deep understanding of AR and VR. That said, the music, itself, still needs to adhere to the fundamentals; it must evoke emotions and feelings in people’s hearts. Good music is good music, after all.

In the ever-evolving metaverse, how do royalties work? According to David Israelite, the president & CEO of the National Music Publishers’ Association:

“ …….a platform wants to host a concert in the metaverse. Since this will take place in a curated reality, synched with all forms of visual programming, a synchronization license would be necessary. Such a license is unregulated by outdated compulsory licenses and consent decrees, and therefore results in much more parity between what record labels and artists are paid compared to songwriters and music publishers. Everybody wins, because in this space songwriters can say no, therefore they have the ability to negotiate much fairer rates. Rates that companies like Meta, Apple, Google and others can clearly afford………”

What is happening to live concerts?

I would still like to attend live concerts, and I do not think that truly live music can be replaced altogether. But live concerts may come in a variety of different forms, in addition to just being physically there at the venue. So, the good news is, concert goers will have many more choices in how they’d like to attend the concert – although someone like me would still prefer to attend in person for the real life experience.