Educated in the UK and the United States, Shirley is a versatile, award-winning songwriter, children’s book author, and musician, who also writes music columns for various publications around the world. In 2005, Shirley founded Happy Diamond Music Studio.

Shirley started learning piano at the age of four, going on to win numerous music talent awards in England. She received her diploma in piano from the Royal School of Music in England. She also received degrees from the University of San Diego and Pepperdine University. Shirley also studied orchestration, film scoring, and music production with Emmy and Grammy Award winners at UCLA (University of California, Los Angeles) through its extension program.

Shirley is also an accomplished bassist. She was a member of the all-girls band So What, and their first single "War Monkey" spent five weeks on top of the Hong Kong Indie Music Chart. In July 2008, she performed her original composition "Under the Blue Sky" on Chinese Central Television. In Nov. 2008, Shirley became the first bassist to perform at the Chinese National Indoor Stadium (also known as the Olympic Indoor Stadium).

Shirley's song "風的期待" (Hope) was 2nd runner-up at the CASH (Composers and Authors Society of Hong Kong) songwriting competition in 2009. She performed her symphonic work “Happy Diamond” with the Hong Kong Philharmonic Orchestra at the Hong Kong Cultural Centre. In November 2011, Shirley was nominated for the Golden Sail Music Awards, where she was a finalist in the "Serious Music Category". In 2012, Shirley's "Voor Robert" score was judged Best "Bandstand" Music in a composition competition in London, England. In 2019, Shirley’s game music “Now or Never” won the silver medal at the Global Music Awards. In 2021, Shirley won Third Prize in the International Music Competition under the Original Score and music category in Vienna, Austria.

Shirley also wrote a music column for a leading newspaper in Hong Kong and had interviewed many influential politicians, business executives, judges, and international artists.

In 2005, Shirley founded Happy Diamond Music Studio, a multimedia production company based in Malibu in California, and Hong Kong. Happy Diamond specializes in creating educational content for young children, with a strong focus on climate change and biodiversity - topics that are very close to Shirley’s heart and reflect her strong drive for environmentalism. All content that the Studio creates, be it apps, ebooks, audiobooks, or printed books, seek to educate children about the environment, encouraging them to feel compassion for nature and to take an active interest in conservation. They also promote the fundamental concepts of friendship, courage, faith, equality, and love, which makes them an excellent educational resource for teachers and parents. All products and media are distributed worldwide via Google Play Store, iOS App store, public/private libraries, and various digital platforms - Spotify, Audible. Soundcloud, apple podcasts and Amazon music.

The underlying belief that guides Happy Diamond Music Studio is that youth entertainment should be both fun and educational. What better way to entertain and teach kids than through the power of music? 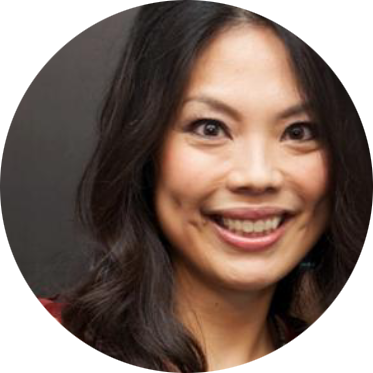 As an educational resource for teachers and parents, each Happy Diamond project includes complete sheet music and lyrics. Children can sing along and learn at home or at school.Each story we create seeks to educate children as well as to promote fundamental concepts of friendship, courage, faith, and love.
At Happy Diamond Music Studios, we believe that youth entertainment should be both fun and educational. What better way to entertain and teach kids than through the power of music?