Christmas in London: An unforgettable experience at the Royal Opera House 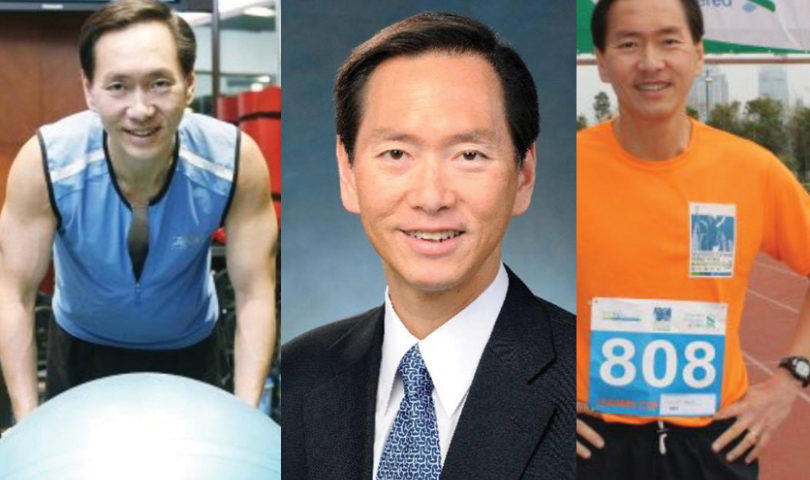 Berni is a prominent figure with many titles and major responsibilities.  He’s the president of Asia Financial Holdings and Asia Insurance and he’s the chairman of the annual HK Oxfam Trailwalker. He is also going to be working closely with CE-elect Carrie Lam in the new government. Berni is a successful businessman and politician, and he’s also a really amazing person and friend.

I’ve known Berni for a long time. We both attended Rosaryhill School (http://www.rhs.edu.hk), albeit at different times, and I have always had a lot of respect for him. With his high profile and wealth, he does not need to put himself out there to combat criticism and scrutiny on a daily basis, but he still does, which is an impressive quality. If you look beyond his role as a prominent politician, you’ll find that Berni is simply a very cool guy you’d want to have as your friend. Why? He is very affable and easy to talk to. He has a great work ethic, and even works out everyday. He is very charitable; he accomplished the Ice Bucket Challenge, and he doesn’t hesitate to help out our old school whenever they need him. Simply put, Berni is genuine person and a down-to-earth guy. Not only that, but he’s a great artist, too. He graduated with a degree in Studio Art from Pomona College, a highly ranked liberal arts school in the USA.  Check out his art: http://www.bernardchan.com/1/en/artwork.php   Whenever I talk to him, I feel like I am talking to the big brother I never had.

Berni is unique because he is both an artist and a politician. These roles do not often go together, and I am sure that there are many challenges that go along with being a man of so many talents and high pressure responsibilities.  And unlike most government figures, Bernie is not stuffy. He cares about young people, and he truly works hard to make Hong Kong a better place.

I recently interviewed Bernie for Do Re Mi.

Do Re Mi: What’s the most unforgeable concert you have ever been to and why?

Bernard Chan: The Piano Guys concert two years ago in H.K. I didn’t know what to expect and l went along with my wife and boys. But the music they played was so refreshing and beyond my expectations. Combine modern twist to traditional music.

Do Re Mi: Who’s your favourite singer or band?

Bernard Chan: My favorite singers growing up were the Carpenters. Today, l like a number of groups such as Westlife.

Do Re Mi: Do you play an instrument? If not, pretend you are a member of a band or orchestra. What would you like to play?

Bernard Chan: I don’t play any instruments, but l would love to know how to play the piano. Do Re Mi:  What is your favorite genre of music, and why?

Bernard Chan: l like modern jazz such as Dave Koz and Kenny G.